Who is guilty of war? (by Anne Frank) 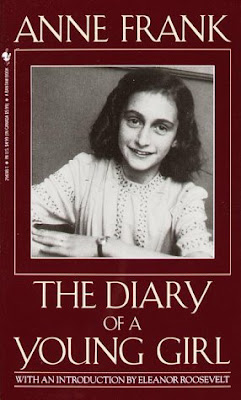 "As you can surely imagine, here in desperation we often ask ourselves, "Why, o, why we need war, why people can not live in peace, why does everything have to be destroyed?"

The question is understandable, but yet no one has found the right answer. Yeah, why does it in England make bigger and bigger planes, harder bombs, and at the same time build apartment blocks? Why spend millions every day for the war, and in medicine, the artists, the poor no cents? Why do some people have to be hungry, but in other parts of the world is rotting surplus food? Oh, why are people so mad?

I do not think that just great people - the state rulers and capitalists – are guilty for the war. Oh no, and the little man is just as guilty, otherwise people would have rebelled already! The people there are just the urge to destroy, to kill and rampage.

As long as all of humanity - without exception - does not transform completely, the war will burn and everything that was built, grown and cared for, will be destroye, and then starts all over again!"

- From the Diary of Anne Frank